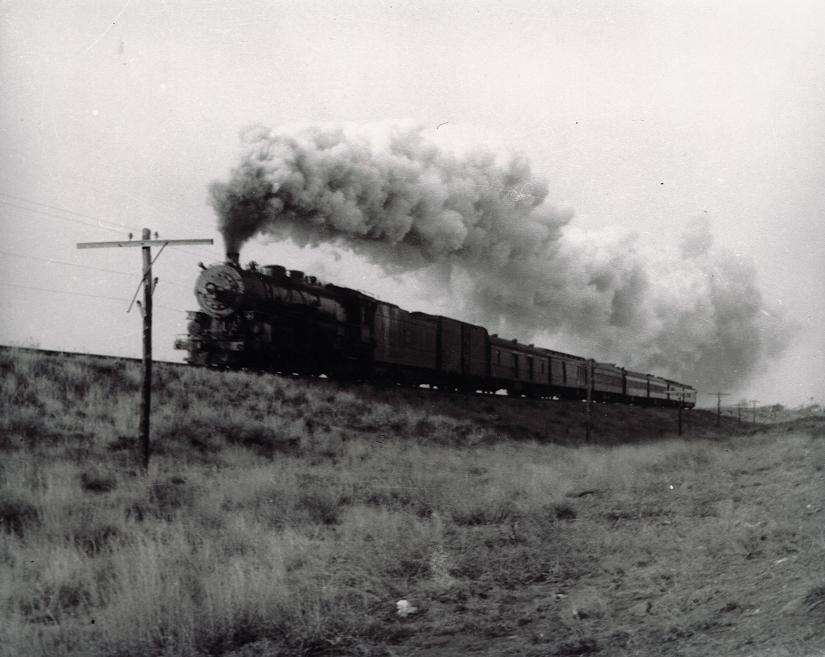 The following is from a typed account most likely in the mid 1980’s:

The Plains Public Library was organized in 1918 by Mrs. Fred Dudley and Mrs. J. M. Self. The Library was sponsored by the Mother’s Club, which later became the Plains Woman’s Club. The Early Library was supported by a small city levy of 1 ½ mills, aided by the proceeds from a annual Library Benefit evening in which every organization in town took part.

Miss Marian Coulter, daughter of the Postmaster H. L. Coulter was the first Librarian. Miss Coulter had taken a short course in Library work in Anaconda.

The Library had been housed in three places. The first site was the McGowan building where the Masonic kitchen is now located. The next location was in the First National Bank Building – the room which is nearest the Gamble store. In 1937 upon the completion of the City Hall, the Library was moved there and has remained there until the move to it’s present location at 108 West Railroad Avenue in April, 1985.

In the early years the Library was open two hours on Tuesday and Thursday evenings and three hours on Saturday afternoon from 2:00 to 5:00 p.m. Mrs. Argo who was the Librarian from 1925 to 1929 received 50 cents an hour which also included the janitor work and building fires. She depended upon the fines from overdue books to buy the wood for the big wood burning heating stove. At that time the book fine was 5 cents per day.

Mrs. G. A. Williams, an early day Chairman of the Library Board zealously guarded anything pertaining to the morals of the Library, including personally reading every book before it was allowed to reach the shelves. This entailed real work as the shipments of new books were usually a dozen volumes.

Through the years the Plains Woman’s Club has actively supported the Library. For many years a silver tea was held during National Book Week. Art shows and other projects have benefited the Library too. Memorial money has purchased books and other Library equipment.

For many years the Library Board was visited by book salesmen who presented and told about new books and orders were placed at that time.

A summer reading program for children has been held, with a reward for readers participating. In 1979, the Plains Woman’s Club started a morning story hour for pre-school children. In 1982, they purchased a record player for use during the children’s hour, which was to remain in the Library.

As early as 1955, on September 12th in the minutes of the Board meeting, the Librarian pointed out that with the increased number of patrons using the Library, it is often crowded. New shelving and a table and chairs for children were discussed and decided upon.

1956-1958 Our Library took part in a State Library Extension program, joining the Five Valley Federation of Libraries. During this demonstration the Bookmobile made regular visits to Sanders County out of Missoula. Our Library received furniture and other equipment from the state at that time. Due to a lack of funding, the Bookmobile was discontinued after the demonstration.

1958 – The City Council gave permission for the removal of the partition at the rear of the Library for more space.

1964 – The Library took part in a two year Library Services demonstration, with Federal Funds available. Our Library became a member of the Northwest Montana Federation of Libraries. Many items of equipment were received during this demonstration. The Bookmobile made it’s first visit to Plains on October 15, 1964.

1966 – Mrs. C. G. Johnson received the “Trustee Award of the Year” at the Montana Library Association annual meeting in Missoula in May. Mrs. F. S. Burdick received an Honorable mention award. Mrs. Herb Goodrich was given a certificate upon completion of a library correspondence course.

1969 – Discussion about remodeling for more room

1979 – Discussion about the possibility of purchasing the old Locker plant for the Library. More steel shelving purchased.

1978 – 1979 The City allowed the Library to store our share of the Sanders County Bookmobile books in a room in the City Hall basement. (No room in the Library.) 2, 152 books.

1982 – Exploring the possibility of more room for the Library using the fire hall at the bck of the City Hall.

Decision to raise funds to purchase the L. & O. Building for the Library.d

1984 – Lawrence J. McCarthy accepted the Fund Raising Chairmanship and an all out community effort was made to raise the money.

1985 – In April the remodeling was completed and it was a happy day when the Library could move into it’s new quarters.

At the Montana Librart Association annual meeting in Lewistown, May 4th, our Fund Chairman Lawrence J. McCarthy received the “Friends of the Library” award for his outstanding contribution to our library. 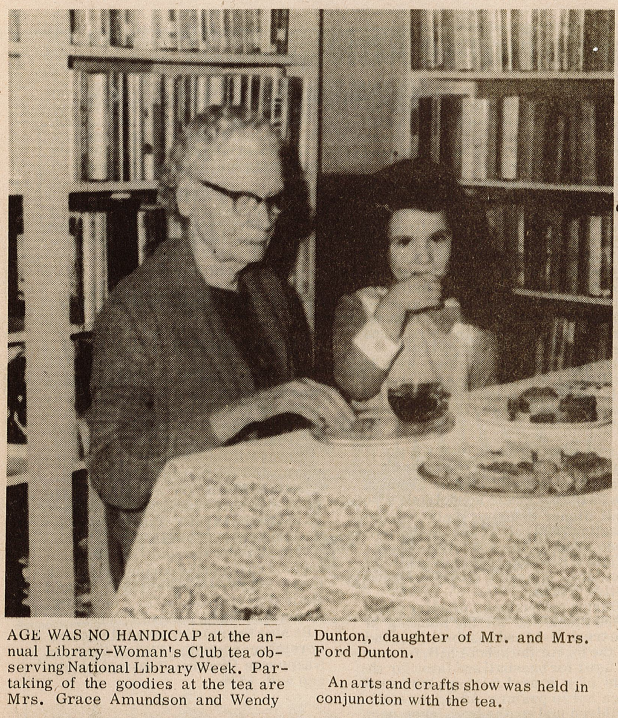